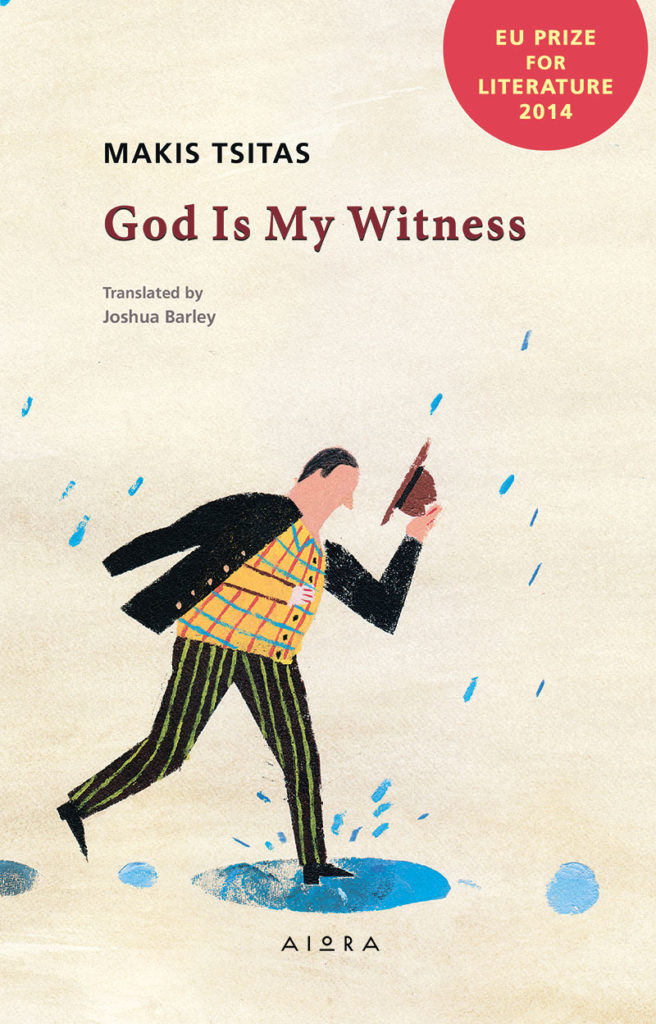 God Is My Witness

It is the eve of the 2004 Athens Olympic Games, and Chrysovalantis—a chronically unsuccessful but enthusiastic employee of the publishing industry—has been put out of work yet again. He begins a vitriolic monologue, taking aim at his many persecutors, from cruel bosses to opportunistic women to embar­rassing, crippling illnesses. An ageing relic of a bygone era, hounded by the challenges of a fast-changing city, he nonetheless sees the irony of his plight. Vice-ridden yet God-fearing, family-loving yet swindled even by his own sisters, this repentant anti-hero will set his record straight once and for all. And God is his witness.

European Union Prize for Literature in 2014

Makis Tsitas was born in Yiannitsa in 1971. He studied Journalism in Thessaloniki and has worked in radio. He now lives in Athens, where he runs the online literary journal diastixo.gr. A prolific writer of children’s books, he has also written a collection of short stories, which was widely translated, as well as plays and song lyrics. God Is My Witness is his first novel. It was awarded the European Union Prize for Literature in 2014 and has been published in ten languages, with several more translations forthcoming.