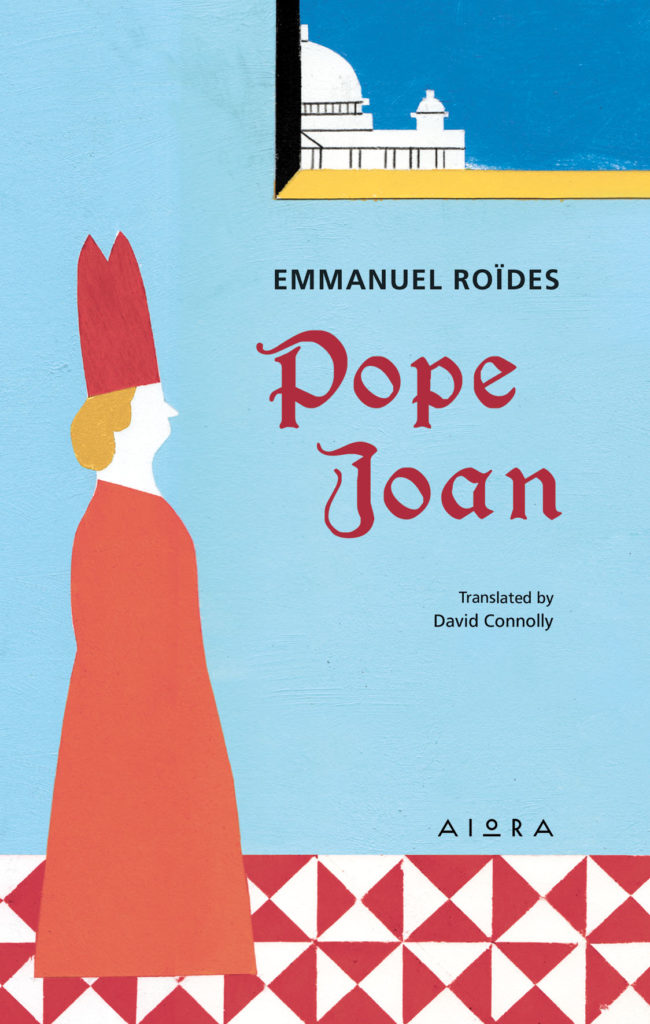 Roïdes’ irreverent, witty and delightful novel tells the story of Joan who, according to a popular medieval legend, ascended to the Papal Throne as Pope John VIII. The truth of the legend is of little importance as the book is far more than a historical novel and, in fact, parodies the popular historical romances of the time. In Joan, Roïdes has created one of the most remarkable characters in modern Greek literature and in so doing has assured his place as one of its classic authors.

Pope Joan has a double claim on our attention for it occupies a central position among the popular books of modern Greece; and it is also in its own way a small masterpiece which might occupy a position on the bookshelf of the discerning reader midway, say, between Candide and Thaïs…
Lawrence Durrell

…the only Greek novel of the nineteenth century to have found a place, albeit a modest one, in the European canon.
Roderick Beaton