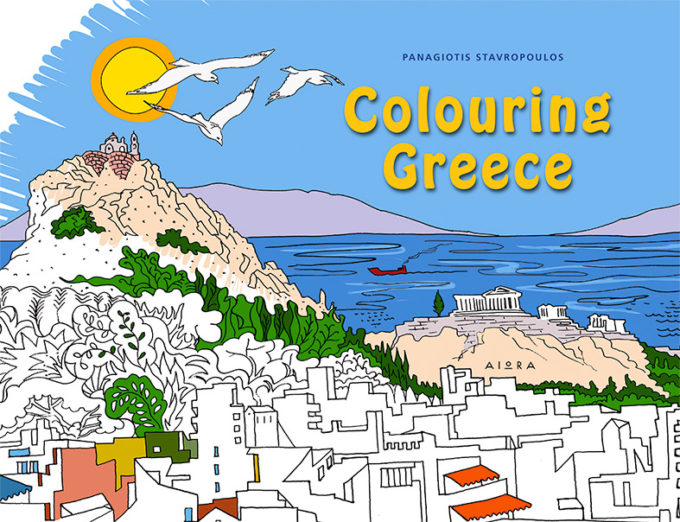 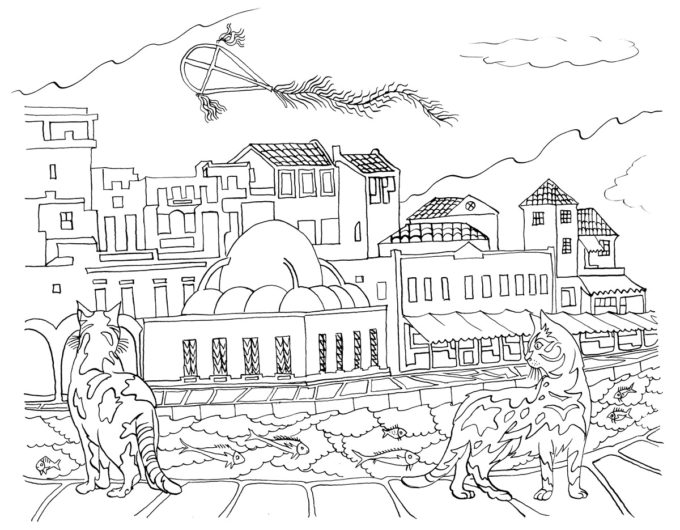 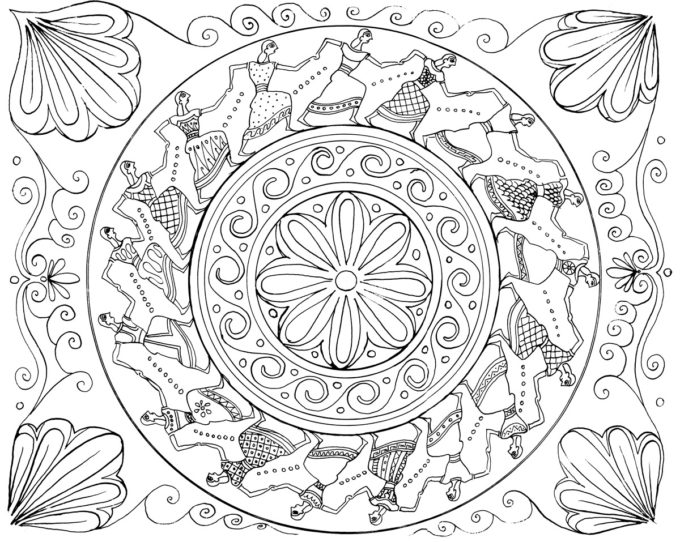 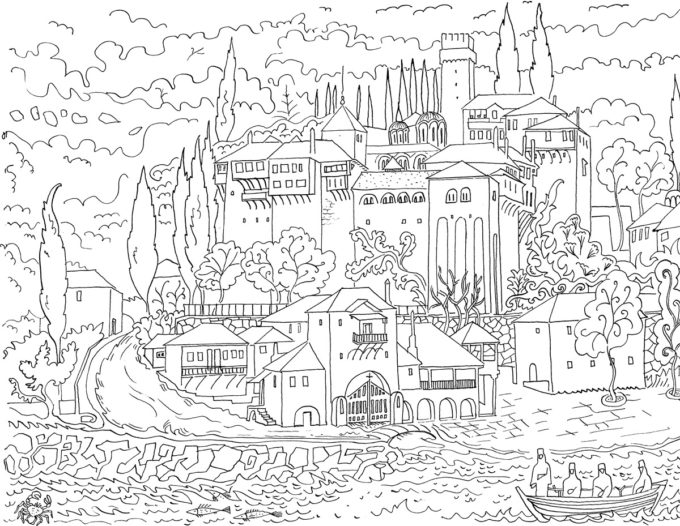 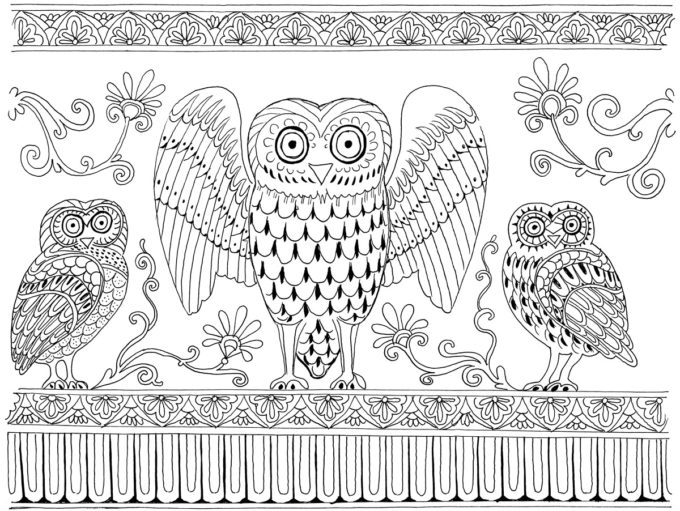 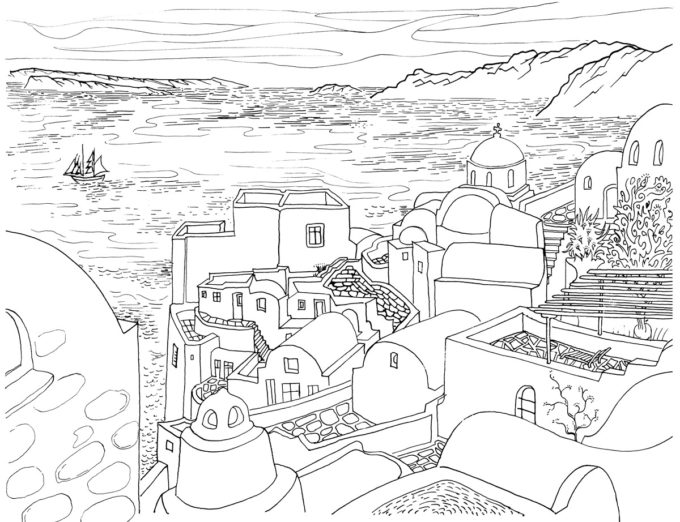 De-stress, relax, chill out with the Greek colouring book!
Take coloured pencils, felt-tips, or crayons and choose your colours for gorgeous Greek vistas: the Acropolis, Santorini and other islands, Delphi, ancient monuments and theatres, and, of course, Grecian urns. Enjoy Colouring Greece !

Panagiotis Stavropoulos (b. 1962) is a painter and iconographer. He studied painting and engraving at the Gerrit Rietvelt Academy in Amsterdam, and has painted icons and frescoes in churches around Greece. From 1996 to 2014 he lived on the island of Tinos, where he focused mainly on sculpture. His work has been presented in solo exhibitions in Athens and Tinos. Panagiotis has also participated in several group exhibitions, and his artwork features on numerous covers of the Modern Greek Classics series of Aiora Press.