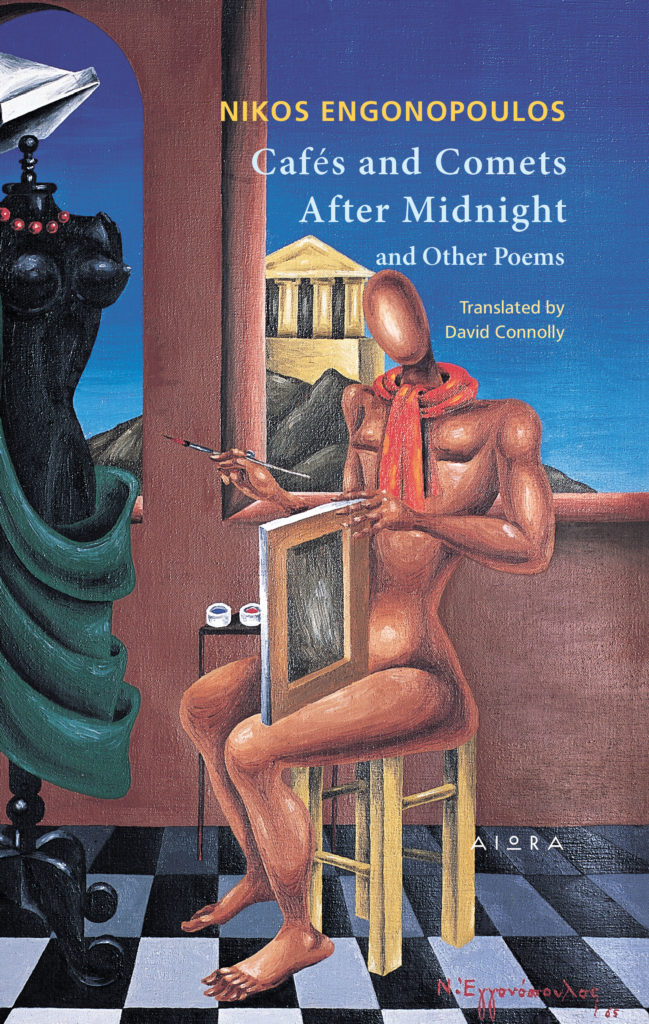 Cafés and Comets After Midnight and Other Poems

Derided and maligned more than any other Greek artist for his innovative and, at the time, often incomprehensible modernist experiments, Engonopoulos is today justifiably regarded as one of the most original artists of his generation and as a unique figure in Greek letters. Though he considered himself first a painter and only afterwards a poet, his poetry is widely read and admired, with many critical studies of his work appearing in recent years and with a growing recognition of its value and of its creative use of the Greek tradition and language. He enriched post-war Greek poetry with a host of poetic expressions, figures and images that have come to constitute part of the Greek poetic consciousness. In both his painting and poetry, he created a peculiarly Greek surrealism, a blending of the Dionysian and Apollonian, though always in keeping with basic surrealist tenets and, as such, his work is an important and original contribution not only to Modern Greek art and poetry but also to modern art and poetry worldwide.